I was reading random articles and gossip on the internet this week (as you do) and over and over I kept coming across headlines like “Joan Rivers calls out Jennifer Lawrence!” or “Jennifer Lawrence, a hypocrite!”.

Obviously my first reaction to seeing these, was what the fuck. I've always been a big supporter of J-Law so I was intrigued as to what all the drama was about.

Turns out, Joan Rivers was responding (again) to the interview Jen did recently with Barbara Walters about fat shaming and how it shouldn't be allowed in mainstream media.

It's well documented that Rivers (aged 80 years) absolutely despises the young actress (aged 23 years) and that there is a mighty (albeit one sided) feud between the two because of their differing, and very public, stances on body image.

If you haven't seen the interview, this quote by Jen perfectly sums it up. (or you can watch the interview here) 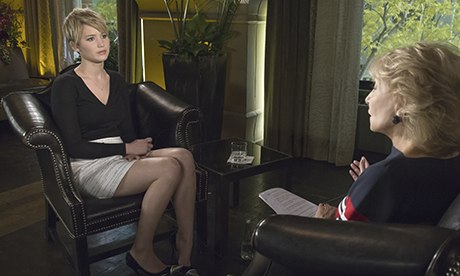 "I mean, if we’re regulating cigarettes and sex and cuss words, because of the effect they have on our younger generation, why aren’t we regulating things like calling people fat?"

In the interview she also called out Rivers' show, the fashion police specifically and asked why it's funny to humilate people. A lot of us couldn't agree more with Jen's feelings on fat shaming, given the dozens and dozens of articles were written about the topic after the interview praising her. Joan however, in a recent interview said this about Jennifer Lawrence in regards to her “hypocrisy” and “arrogance”.

"I love that she’s telling everyone how wrong it is to worry about retouching and body image, and meanwhile, she has been touched up more than a choir boy at the Vatican."

Harsh! All though Joan Rivers isn't known for her compassion and charm, so no real surprises by the statement. The surprise however, came in the comment section.

On multiple websites that I frequent, that tailor specifically to teens and young adults, in the comment section of this story many people were arguing about bullying. About 50% of the commenters believed and agreed that Jennifer was a bully (yes, that Jen was a bully herself) because she may not fat shame, but she does skinny shame.

I was stunned. Completely floored. So obviously I read more comments.

A lot of the commenters were girls, “skinny” girls who had been bullied for being skinny (another thing that floored me but I'll get to that) and were upset that Jennifer has this reputation of being body positive, while still making comments like calling skinny girls “scarecrows” and the like. So the arguments went on and on and to be honest, it was reminiscent of the classic tumblr argument “No, I'm more of a victim” / ”No I'M more of a victim”.

As an overweight 19 year old female (with health conditions contributing to that) and an eating disorder, I'm definitely familiar with weight related bullying and the pressure to be thin. I'd never once considered the dangers of skinny bullying though, whether that be out of ignorance or denial. I know that bullying happens to everybody of all demographics, all circumstances, all the time . It's just never occurred to me that “skinny bullying” could be equally, if not more, damaging than “fat bullying”.

I know there were a few girls I went to school with who were just genetically skinny and got teased about it, but that was pretty much it. I on the other hand, well to put it frankly, I used to get mooed at or food thrown at me in the tuck-shop line. Never saw a “too skinny” girl at school in the same boat as me. So finding all these people going on about how bad skinny bullying is and how awful and hypocritical Jen is, for calling skinny girls scarecrows. It just, really, really surprised me and got me thinking of this whole argument of skinny bullying VS fat bullying.

A lot of the comments were about people having no tolerance for anybody who may be underweight or overweight (which I found quite harsh to be fair). Even some people saying that skinny bullying is truly worse than fat bullying! Now this alone had me stepping back going “hang on now" and re-evaluating my position on the debate.

I am biased because I am overweight and have been bullied for my weight, but if somebody tries to dare tell me that skinny bullying is WORSE (not just bad, but worse) than fat bullying. I'm going to have to say they're wrong. 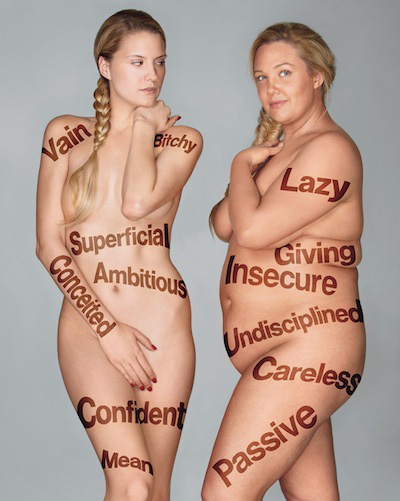 We live in a world where the media glorifies all that is skinny. Skinny is the aim, skinny is the norm, thin is perfection. Anything else isn't good enough. People who are of a healthy weight and higher are deemed fat, plain and simple and the rest of the world makes it very clear that being “fat” is not okay.

So when I see young adults and teenagers my age, arguing about what type of bullying is worse, it just makes me want to scream at them to toughen the fuck up. All these skinny girls who have had problems with their weight (and I'm not saying they didn't have problems or weren't bullied) are complaining and calling Jen a hypocrite and awful because she called a skinny person a scarecrow once.

I'm sorry, but until every single skinny person in the media is called scarecrows or mocked for being underweight, I don't think I'll have much sympathy for their cause. Every woman in the media, overweight or not, is called fat without hesitation. The word is just thrown around like it's no big deal. Even though it is a big deal, a very big deal. Which was the exact point Jen was referring to, in regards to making fat shaming in the media “illegal”.

I feel like body image is a serious issue that is really negatively affecting a lot of todays youth, more so than it ever has thanks to widespread media. In reality, it doesn’t matter who gets the short straw in regards to bullying, skinny girls or fat girls. Either way the media will say it's wrong.

The only way to be “right” is to be a walking, talking photo-shopped barbie straight off the cover of a magazine and even then people will still find something wrong with you.

Even if everybody who reads this, still thinks Jennifer Lawrence is a hypocrite, I don't care. We need more people like her in our generation. Willing to say “hey, this is not okay” in a public forum, instead of the million or so keyboard activists on tumblr (and the internet in general) crying about who is the more victim-ie victim.

What Joan Rivers says on a public forum is totally accepted and “okay” in the media and general society. Yet what Jennifer Lawrence says is deemed “controversial”. That fact alone tells me there is something wrong, the question is, what are WE going to do about it for the incoming, reasonably unaffected generations. The ones that can still be saved.