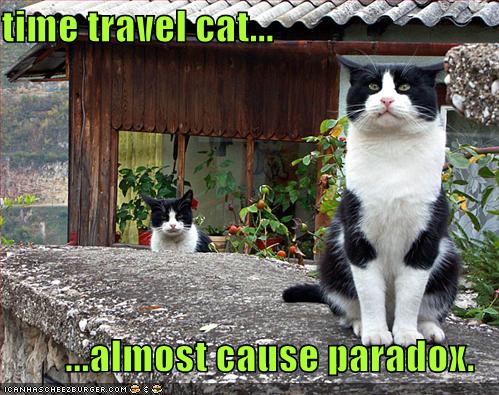 On a peaceful winter’s morning along the foreshore of Cowes I sat observing daily practices of ‘beachgoers’ as part of my ongoing research into lifestyle migration and place. Of all the aspects of my research that I’ve undergone in the past the most intriguing has been the use and negotiation of space and how individuals interpret their surrounds. In this particular piece of ethnographic research I was hoping to engage with what people do on beaches, a remarkably untouched topic for sociology in the past. As I sat on the foreshore benches overlooking Cowes’ main beach and took notes, I was becoming uncomfortable with the situation for a variety of reasons. First was of course the unwelcome nagging in the back of my mind that people would assume I was some sort of pervert observing the naked flesh of unknowing sunbathers (though it would be wise for me to note here there was no sunbathing going on at the time). This is an unfortunate truth that comes with doing participant observation on beach! However the more intriguing and far more unpalatable fact that was consistently brought to my attention by the non-verbal reactions of people passing by was that I was an unwelcome presence to their morning rituals.

For the most part, people in this area (as I’ve learned) use the beach as a type of exercise highway for jogging, serious walking or exercising their dogs. For the life of me I’m not sure yet why walking on the beach is chosen for these pursuits given that jogging and walking are exceptionally difficult on sand. But regardless if you head down to Cowes (and dare I say more moderate beaches) between 7-10am and 3-6pm you’ll be confronted with a host of people going about their ritualistic walks despite the nicely paved footpath that runs adjacent them. As I sat watching that morning, I noted with interest the serious geographical space that people were giving me. No eye contact, some changed direction as though they were avoiding a sewerage pipe (and yes I did at one stage check my scent), some purposely looked out to the sea as though something had caught their eye and one person (on the beach no less) grabbed their mobile phone and busily began pressing keys – a noted behaviour for those wishing to avoid awkwardness.

As these things occurred, I became suddenly quite aware of my surroundings and my own self. In particular, I felt a desire to say to people ‘it’s ok, I’m a researcher for a University despite my casual appearance. I’m also married with three children…it’s ok’. Why? As I pondered on this on the way home that day I realised that a lot of this came down to not just my presence but my ‘sedentary’ presence, the absence of purpose and movement. I was stationary, sitting alone and quietly, seemingly with nothing to do or anywhere to be.

Why though? While a lot of my research has mainly been about the construction of place and the impact of this on identity, I have spent some time researching and digging into notions of time. While similar to place as a form of ‘social construction’ or cultural imagination, time is different in that it governs us daily and organises a lot of our social lives universally, despite it largely being an invention of Western Modernity. Clock time in particular is not real, which sounds bizarre. But there’s no giant watch in the sky with a second and minute hand that we use to determine where we should be, what we should be doing and how we should be going about it. Granted there is the sun, but realistically if you tried to live your day by where the Sun was in the sky, you’d fail quite dramatically. And yet despite this, clock time (as well as calendar time) has an enormous influence on our lives to the point that we have made it a ‘value’ in itself akin to money.

This argument was put forward over a century ago by German Sociologist Max Weber who in response to Benjamin Franklin’s famous quip ‘time is money’ wrote the following (one of my personal favourites),

Waste of time is thus the first and in principle the deadliest of sins. The span of human life is infinitely short and precious to make sure one’s own election [to heaven]. Loss of time through sociability, idle talk, luxury, even more sleep than is necessary for health, six to eight hours, is worth of absolute moral condemnation. It does not hold yet [in the preconditions to capitalism], with Franklin, that time is money, but the proposition is true in a certain spiritual sense. It is infinitely valuable because every hour lost is lost to labour for the glory of God (Weber, 2001[1905], p.104).

While speaking more specifically about the inception of capitalism and the development of what we might call ‘modern life’, Weber’s point about ‘waste of time’ being worthy of ‘moral condemnation’ is a social or cultural norm that has proliferated in western societies (and beyond). The rationalisation or in other words the constant measuring and evaluating of everyday life through time have constructed a world where every action and every moment ought to be accounted for properly. Even the noble art of sitting down and numbing the brain through mindless entertainment (my favourite right now is this tv show called Scandal) needs justification – I’m sure that you have all done this at some stage before. Even just going for a walk requires some element of purpose or accountability. Henry David Thoreau offered a caution on this in his piece Walking developed between 1851-1860 when he wrote;

The walking of which I speak has nothing in it akin to taking exercise, as it is called, as the sick take medicine at stated hours …but it is itself the enterprise and adventure of the day

Later in the same piece he begins to question who truly goes for ‘walks’ anymore – in short, who simply goes out and explores with no other reason than ‘adventure’. I think people still do, but often it’s when they’re on holiday already disconnected from the world of work, life and schedules. I do wonder though how many when they do leave their mobile phones in the car?

Interestingly as my research has showed me, there is a growing sentiment across Western cultures that we ought to recapture time. However, as the amount of ‘time’ we have grows, its value diminishes. I’ve interviewed people who operate almost ‘out of time’ – in other words they’ve gone completely off the grid to the point that they’re now experiencing as one participant once labelled ‘cosmos time’. I don’t necessarily buy into all that hype – I think like Weber a lot of the time and believe that wherever you go (unless you’re living in the Himalayas) you’re going to be connected to the rational network of time and money.

However, there is something desirable about re-evaluating what ‘time’ means to us and the idea that ‘time is money’ or perhaps more realistically today ‘time is capital to be spent wisely’.

In these final closing sentiments I would note a few words on being lazy in the context of what has been written above. Recently I was on leave for a few weeks for the first time in just under a year. On one of those days in beautiful Hobart (where my in laws are) my kids were out, my wife was preoccupied doing other things and I found myself alone on the couch for at least 4 hours. As it rained outside there was no chance to do what I always wanted to do and that is just explore the surrounds on my own I was stuck inside with nothing to do. After 30minutes of sitting there watching the Poms fail miserably at cricket, I began to feel that uncomfortable itch and nagging voice;

And so on…I don’t know if this is a common occurrence but for me it was quite difficult for me to relax and just be ‘lazy’. As I reflected on this somewhat my wife said to me ‘you’ve been programmed to do something at any time’. To which she later added ‘just relax’. I think she’s been trying to get me to relax ever since I began my academic career – but for the most part I’ve been constantly doing something regardless.

It’s hard to be lazy when you’ve spent a considerable part of your year doing something. But it’s harder to be comfortable in your laziness when you’ve been ‘programmed’ and attuned into a work ethic that has begun to dictate how we ‘do’ leisure as well. However, we need (I believe) to reframe time to allow ourselves to stop and be lazy. The deep art of simply thinking (and I mean deep contemplation) otherwise will be lost to the frantic and manic world of information overload and hyper consumption.

I’m no expert on the matter though!

NB> The picture above is from Mount Sebastopol in Aoraki/Mount Cook National Park in New Zealand. I took this in 2007 after having time to myself to explore the surrounds. Time seemed non-existent for a moment until I had to leave.