A little about me first - I am a nurse (hence the pseudonym), I'm British, married with one daughter and a dog. I was diagnosed with bipolar two in December last year.  It has taken 20 years to reach that diagnosis.

Twenty years of the ups and down of mood and coping skills, of making some ... bad life choices. Imagine if your impulse control was shot - the things you might do may be similar to mine.  So poor financial planning as the best of them. Sexual ... poor choices!  Struggling to cope with that deep, despairing depression for weeks at a time.  One of the key clues for my diagnosis was my response to SSRIs - they make me crazy!  Mania +++.

The first time a doctor put me on them was around 17 years ago - I ended up either catatonic with depression or skipping across the fields, making fabulous plans for all manner of things. I could spend hours where I could just bestir myself to reply to my daughter (5 years old at this point) and my mother considered taking her away from me. Luckily she never did because my daughter was the only motivating factor for me to hold my shit together. Fatigue would either push me up or down.  They increased the medication to cope with the downs and pushed the mania higher and higher.  Finally a friend (a drug dealer!) went with me to the doctor and insisted on a referral to a psychiatrist, who took me off them immediately and forbade me to go on them ever again.  He did, however, write telling the GP that I did not have bipolar, warning me that it would be a serious diagnosis that would affect my life forever, as if not being medicated for it wouldn't... said she slightly bitterly.  More years of poor decisions followed, during which I did marry my husband (but he was definitely not a poor decision, even though that choice was made rather rapidly - best thing I ever did for myself).  Fast forward and we changed countries, moving to Australia.  Another impulsive thing!

There, I had a good GP, who I agreed to trial SSRIs once more, and bingo, there was the mania.  I should explain that, with my bipolar two (your mileage may vary wildly with this condition) I get only the hypomania - the little brother to full mania.  That is just impulsive choices, and your brain running so fast and so clearly, I can get three day’s work done in one and done well.  With the SSRIs, I went full blown mania, having grand plans to make my own clothes (haven't sewn since high school), spending several hundred dollars on it... my friend took the keys off me and drove me home.

I saw the GP the next day, we stopped our experiment and she referred to me a psychiatrist.  He spent a long time listening and asking questions - this was a really difficult process for me.  The level of grief was no less than devastating. To reopen the box of my history and go through in detail was incredible and traumatic. We discussed my relationship with the child’s father (abusive), my family make-up, including the loss of my sister (when I was very young, you wouldn’t think it impacts but apparently it is a Big Deal ™), my work stress (I work with dying people a lot), and on and on. I left there in pieces after each appointment and ended up having three weeks off work. But it was a necessary process and he was clear that, yes I did have bipolar – I DO have bipolar – that I had managed it well in the recent years, with sleep, exercise, and food.  That I had done well to stay out of any hospitals at the worst of times.  And that we would try some medication.

The medication came with dire warnings of something called Red Man Syndrome (something that can kill me), and weight gain.  The latter was really bad for me – I struggle with my relationship with food at the best of times (food is love, baby), and I was just losing weight.  I’d lost 17kg at that point.  But the choice was clear and I took the medication.  Again, mileage differs for everyone on medications; I can only talk about how they worked for me.

Boy, did they work!  After working up for a couple of weeks I hit therapeutic level and … the peace in my head was incredible.  Imagine going from the centre of London to the peace of the countryside.  That is what it was.  My brain slowed down – a blissful thing.  I could do one (or two) things at a time, instead of needing to do more, do it faster, do it now!  My mood lifted where there had been despair before and I lost the hypomania.  I will say now that the hypomania is gorgeous – if I could just live there, it would be blissful.  The problem is that every action has an equal and opposite reaction; after the highs come the crushing, despairing lows, and I couldn’t cope with them anymore. Dragging myself through a day, exhausted, unable to get pleasure from anything.  No thanks, not with an option.  So we increased it slightly more until we were clear that the lows were gone.  He added in the PRN (as needed) drug, for me to catch that change before it went critical – it took some time to recognise the moment to take them and I was really reluctant at first.  The dreaded weight gain! Well, I stopped losing weight on the diet that had served me so well, became hungry and never full.  I gained 11kg.

I could still push myself into a hypo, and could still cause that low by not self-managing – I’ll talk about that later.  But overall, it has worked.

So… self-management, psychology (now I was stable enough to do it), and drugs. 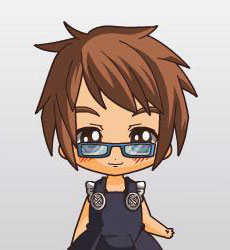 Sally W
My journey with #bipolarlife
Self-care for #mentalhealth is an EVERY DAY thing.